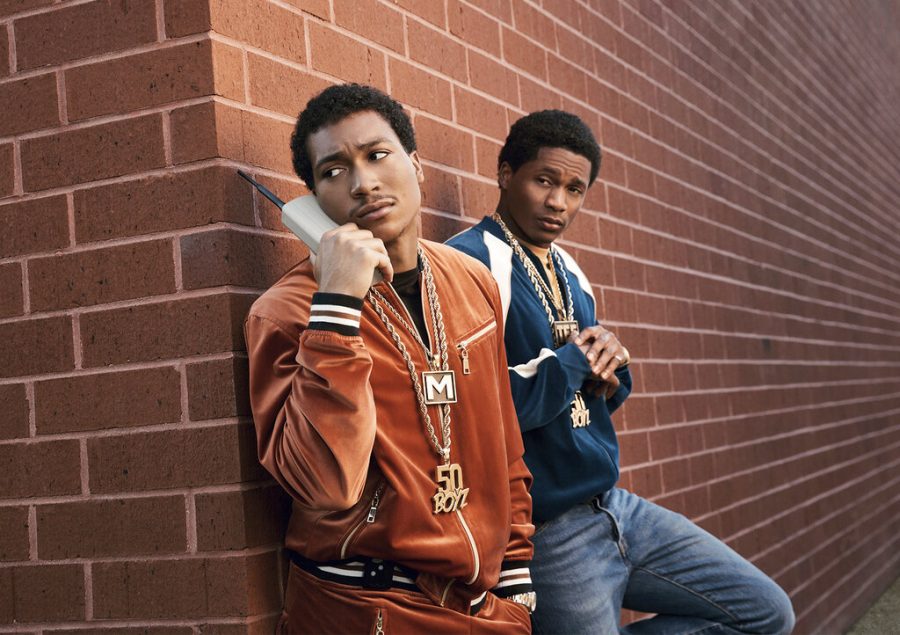 Jackson heard Demetrius “Big Meech” Flenory’s nickname mentioned countless times in rap songs by Jeezy, T.I. and Rick Ross. He became so intrigued by Flenory and his brother Terry’s rag-to-riches climb — albeit illegally — that he wanted to develop a television series based on their life.

Now, Jackson is on the cusp of delivering their story in the new crime series “BMF,” which premieres Sunday night on Starz. The eight-episode series delves into the 1980s backstory of the two brothers, who started the Black Mafia Family, one of the most notorious drug trafficking organizations in U.S. history.

“It’s a lifestyle choice that people are familiar with on a street level,” said Jackson, an executive producer of the series. “Beautiful things do come out of the hardships or the hard lifestyle. This is what drew me to it. It made me want to work on it until I got it right.”

The “BMF” series falls under a deal between Jackson and Starz, where he executive produced and starred in the original “Power” series, which became one of the most watched shows in the cable network’s history. He said the intensity of “BMF” is different than “Power” because most will probably know the true story behind the Flenory brothers.

“When you watch the theme music play in the opening sequence, you see pictures of Terry and Meech flash pass them,” Jackson said. “It’s very rare you see that when it’s not a documentary. We tried to keep the story as close as possible to the true experiences.”

The Flenory brothers led a national drug ring with over 500 employers who distributed thousands of pounds of cocaine worth more than $270 million in cities in 11 states including Detroit, Atlanta, Los Angeles, Miami and Birmingham, Alabama. Their empire came to a halt in 2005 when authorities arrested the brothers along with 100 co-conspirators for drug trafficking and money laundering through Flenory’s rap label and promotional business, BMF Entertainment.

Demetrius Flenory, 52, is currently serving a 30-year sentence at an Oregon prison. Terry was released on home confinement last year.

Flenory Jr. said the series is not about glorifying his father’s drug-selling escapades. He said the show will focus on his dad and uncle’s motivation to make money with a “by any means necessary” mentality.

“I get to tell the story, the only story out there that shows people who my dad really was, and not just what they heard or opinions from others, not just all the glitz and glamor,” said Flenory Jr., who appeared in a few episodes in the second season of HBO’s “Euphoria.”

Despite Flenory Jr.’s relative lack of acting experience, Jackson only envisioned him to portray his dad. Jackson believed in the young man so much that he moved him to California, found him a place to live for 18 months, put him in acting classes and had him work with acting coaches.

“I caught him at a great time,” said Jackson of Flenory Jr. “His innocence wasn’t stolen. You’ll see the vulnerability in his performance at parts. And you look and go ‘He looks like his daddy.’ But he hasn’t been through any of his daddy’s experiences.”

Even though Jackson endorsed Flenory Jr., the young actor said he still had to prove to everyone at Starz that he was the best choice. He didn’t want people to think he got the part because of his dad.

Flenory Jr. won over network executives along with Randy Huggins, the show’s writer and executive producer, who initially had Flenory Jr. playing another role. His mind was changed after a chemistry read between Flenory Jr. and Da’Vinchi.

“The first time I saw his tape, I thought he was good, but the lead?” said Huggins, who was a producer-writer on “Power” and “Criminal Minds.” “When I saw the two of these brothers do a chemistry read, I said to myself ‘There is Meech and Terry.’ That changed my game.”

Flenory Jr. said his dad called him every night, which gave him the opportunity to learn more about him and perfect his portrayal. He said those daily conversations made their bond even stronger.

“He just wasn’t a regular dude,” he said. “He wanted to see everybody looking the same way he looked. We wanted to see everything looking good. Even for people who really didn’t know him, he created opportunities for them. I want people to understand him as a person and see who my family really is, not just what they hear.”