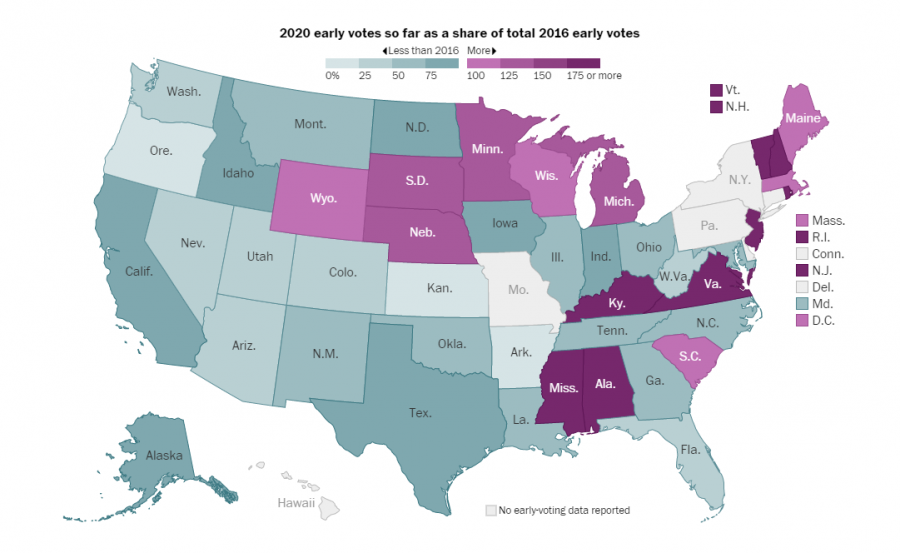 Early voting opened up October 13 in Texas. In Harris County, which is Texas’ most populous county and includes Houston, more than 100,000 voters came to the polls for four straight days, which works out to an average of 9,000 votes per hour and as of Sunday October 18 2020 more than 4 million votes have been counted in Texas.

I think that is amazing how so may more people are coming out and voting and using their right to vote. Texas is currently number one in casting more ballots than any other state and this is quite unusual for Texas. In 2016 we ranked 43rd among the 50 states.

For the Unites States as a whole at least 34 million people have voted in the 2020 election. Its unsure whether this trend of high participation will continue but I think the turnout is incredible. The last day for early voting is October 30th so lets go out and VOTE!