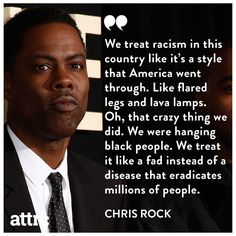 As an Afro Latina-American, living and working overseas during a pandemic turned worldwide racial equality protest, much of my reality has been divided. I work for an organization that works for the military and I love my job! I help service members handle the hardships of being deployed by boosting their morale. Every day I am rewarded with a “smile” or “thank you”, from men and woman that have signed up to protect and serve our great nation. These men and woman are of many backgrounds, races, creeds, and shades. All coming together to serve one common purpose, American freedom to human rights and liberties.

As Chris Rock so eloquently has been quoted saying, “We treat racism in this country like it’s a style that America went through. Like flared legs and lava lamps. Oh, that crazy thing we did. We were hanging black people. We treat it like a fad instead of a disease that eradicates millions of people.” I turn on my TV in a 3rd world country, and I am witnessing history in the making. People from every race, creed, shade, and age, protesting until their faces turn blue. Until their faces are shot at with rubber bullets, close range. Until their faces are tear gassed. A wicked and satirical requiem version of Louis Armstrong’s “What A Wonderful World” plays on repeat in my mind. I think to myself, what a wonderful democracy?

Then there is me. Powerless? Due to COVID-19 and its ever so expanding global reach, I am stuck across the Atlantic waters in the littlest African country I have ever known. Away from my family, away from my country, away from everything I know and love. Watching locals move rubble from their streets just to get their car through traffic. Inch by inch. They are protesting too and have been for years. Yet the world does not hear their cries as distinctly for some reason. There is Coca Cola factory that sits in the middle of their city. There are no other big factories in this country. You cannot help but notice its pristine red logo, for it is the cleanest thing I think these people own, and they do not even own it. The factory stands out from the rest of the dust and debris flooding their hut homes. That logo screams America! I was a bit excited to see it when I arrived. It was the smallest piece of home I had. As weeks went on, I wondered why in the world would they put a soda factory in a city that did not have fundamental life essentials. Water for instance. I later learned that the locals worked there. No, it was not forced labor and I am not quite sure if labor laws even exist here under their very authoritative and corrupt government. But they love America! It is very clear in how they cater to us and our values yet have no values of their own. Mainly because money talks, right? Here I was excited about this simple logo I grew up with, in the only country I grew up knowing. Watching anarchy on the news as Americans protest to go outside and not be kept captive in their homes. On the other side millions protest how closeness of police brutality smothered a man to death. But here. In little Africa, these sad souls are relying solely on a “red logo” to save them. One large American conglomerate business that they can live on and somehow thrive off. Forced labor, child labor, and prison labor all have one thing in common. They are all forms of modern slave labor.

I had to rethink if I was so powerless, or simply complacent. You see I never had to struggle for food as a kid or miss meals, and when my parents didn’t pay the light bill they blamed it on the light company and the next day or so the lights were back on. I was powerless as a child and never thought I was. Racism, inequalities, systemic oppression exist all over the world. I think what scares me the most about this moment is with each layer of systemic oppression we peel back, there is another layer that brings us into a much deeper worldly issue of ethical and moral biases. We must keep going, we can’t just stop in America. If we open one door, we must be ready to open all the doors that harvest an unjust world society, to reveal the injustices, everywhere. As simple thought, it is an extremely draining and daunting task. Fighting a world of villains if you will.

Power is “the ability or capacity to do something or act in a particular way.” Powerless is “WITHOUT ability, influence, or power. Powerlessness is “LACK OF ability, influence, or power. I’ve come to realize that we are all powerful when it comes to noticing change, powerless when it comes to those changing agents of how to change, and feel powerlessness when we’ve screamed and cried for so long and are only at the tip of the iceberg of realizing that our long waited “peace on earth” fairy tale is only on Page 1.