Maren Morris is one of the leading voices in country music today—armed with incredible vocal stylings that reflect her country, folk and pop influences, sheer talent, honest lyrics and a strong presence. Morris’ latest album GIRL, released in March 2019 via Columbia Nashville, was named Album of the Year at the 53rd Annual Country Music Association Awards, where Morris was the most nominated artist. The album shattered the record for the largest ever debut streaming week for a country album by a woman with 23.96 million streams and debuted at No. 1 on the Billboard Top Country Albums chart and No. 4 on the Billboard 200. Single “The Bones” has just become the first multi-week country radio No. 1 from a woman since 2012. 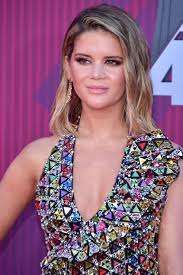 Maren Morris: solo artist, member of the The Highwomen (a country supergroup) and expecting mother.

Personally I’m not a fan of Maren Morris’ music, especially her sophomore major label album Girl. If the album was classified as a pop album, I would be okay with it. What bugs me is that this album is categorized as a country album. The music is heavy on production, snap-tracks and the traditional instruments in country music (steel guitar, fiddle, bass, etc.) are lacking. Thankfully, she, along with three other female country artists (Brandi Carlile, Natalie Hemby and Amanda Shires) released an album called The Highwomen. The music is very much set in the traditions of country music. My favorite song on the record by far is “Loose Change”. It has a very catchy hook and important message that should resonate well with listeners.