Jesus is King is finally here!

Jesus is King is Kanye West’s 9th studio album, released on October 25, a little over a year after the highly anticipated ‘Yandhi’ album release. The album was released along with a film, under the labels of GOOD Music and Def Jam Records. 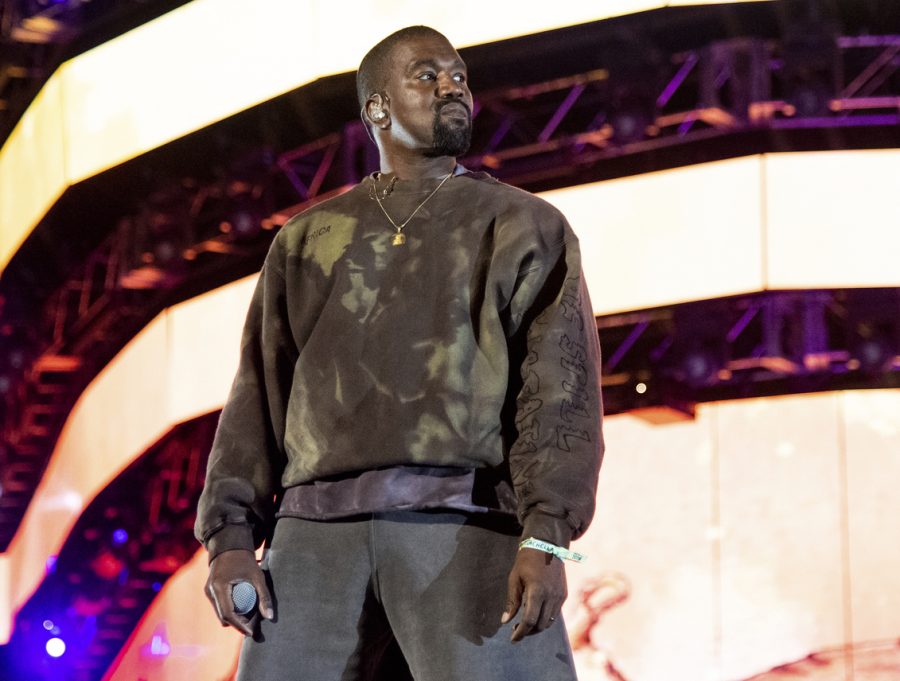 This April 20, 2019 file photo shows Kanye West performing at the Coachella Music & Arts Festival in Indio, Calif. West has unveiled his “Jesus Is King” IMAX film featuring a gospel choir performing at artist James Turrell’s dramatic Roden Crater in the Arizona desert. West showed the 35-minute film off to fans at an event Wednesday night at The Forum in Inglewood, Calif. (Photo by Amy Harris/Invision/AP, File)

It would not be a Kanye album if it didn’t come with a wave of reediting, release delays, and controversy. Jesus is King aligns with a Christian theme, West described the new album as an “expression of the gospel”, breaking the rules of what a traditional gospel Christian album would sound like. Kanye had a handful of notable features with artists like Ty Dolla Sign, Ant Clemons, Fred Hammond and legendary artists like Kenny G, and hip hop duo returning from their hiatus, Clipse. Much like the features, the production cast behind the album includes marquee names like Benny Blanco, Pi’erre Bourne, Ronny J, Timbaland, and frequent collaborator and Houston native, Mike Dean. Dean was the album’s mastering engineer, as he mixed 9 of the 11 songs as well as additional production for one other song.

“Now that I’m in service to Christ, my job is to spread the gospel, to let people know what Jesus has done for me,” he told Zane Lowe. The album opens up with “Every Hour” featuring the Sunday Service Choir, which right off the bat sets the mood for the entire album, providing an uplifting tempo that signifies a type of “excitement” and “freedom”. Throughout the project, the choir can be heard through most of the songs providing background vocals. West goes on to lyrically merge bible verses and references within his songs, accompanied with 808 drums and a beautifully talented choir can certainly satisfy any ear willing to listen.

Although it is considered a hip hop album, considering the artist behind it is Kanye, it us unlike anything the hip hop scene has heard before. The songs off of “Jesus is King” are almost cinematic in its quality in production. The album is sort of an exclamatory proclamation of Kanye saying that he is all in and serious about his devotion to God, but in his own Kanye-ish way.

Throughout his discography, Kanye has talked about his spirituality from his very first single, “Jesus Walks”, a whole album expressing his dancing with the devil with ‘My Beautiful Dark Twisted Fantasy’, dissing major fashion designers with “I am a God ft. God” in the ‘Yeezus’ album, and most recently, The Life of Pablo album being the album that Kanye most referenced “Jesus”, “God” and “devil”.  It is safe to say West’s Christian faith was almost always there, growing up attending church in his youth, serving as a core of who he truly was. Now in this new project, West shows personal development in his spiritual journey, which reflected back to the “Old Kanye” that the people have been asking for.

To provide some background to better understand perspective from where the artist is coming from, since the first Sunday of this year, Kanye began his “Sunday Service” rehearsals, a choir that was created to perform gospel variations of West’s discography, changing old lyrics into a Christian-gospel versions of the original songs. Tony Williams and Ant Clemons were repeating collaborators with the choir, eventually having guest artists come by to experience and perform on Sunday Services. The first public Sunday Service was announced to perform at Coachella for Easter Sunday on April 21, 2019.

Shot in the summer of 2019, JESUS IS KING is a film that focuses on the Sunday Service choir performing songs arranged by Kanye himself in a gospel tradition inside of James Turrell’s Roden Crater installation in Arizona’s Painted Desert. Most of the film was shot with a pinhole lens, the same as the famed Coachella performance earlier this year and has a runtime of about 35 minutes. The IMAX film is transitioned with biblical verses before every song, the setting of The Crater helps craft a beautiful audio-visual experience to be received as sort of performance-art piece.

The setting of The Crater provides the opportunity for the camera to capture the natural lighting of the mood that is being established. The Jason White dramatically leads the choir under the Crater opening, swinging his arms to direct the choir in a beautiful shot within the film. West himself was barely seen on the big screen, “it was a lack of ego and modest humility that was paramount to him in this film”, Nick Knight, the director of the film said in an interview with Show Studio. in order to focus on the choir and art installation itself.

‘Jesus is King’ is out now on all streaming platforms and the JESUS IS KING IMAX film is out as well in select theaters. Kanye West also has a pair of interviews with Zane Lowe and Big Boy which are available now on YouTube and Apple Music.