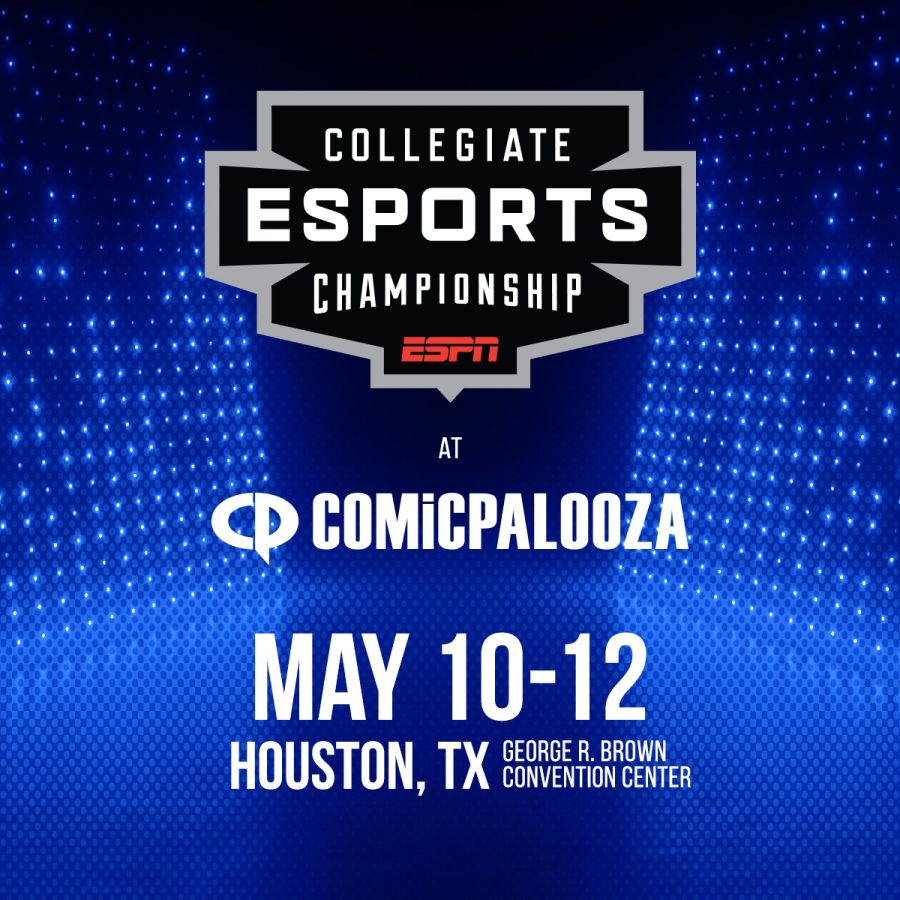 The esports community is about to get even bigger during this year’s Comicpalooza. ESPN will be coming to Houston to host its first annual Collegiate Esports Championship during the convention weekend.

The CEC will be hosted by Twitch streamer Alex Mendez, also known as “Golden Boy”, and Twitch lead producer Anna Prosser. The teams who make it to the finals will compete for prizes in the form of scholarships.

Sponsored by Tespa and Collegiate StarLeague (CSL), hundreds of schools from across North America have competed in several qualifying rounds, playing favorites such as Overwatch, Street Fighter V: Arcade Edition, Hearthstone, Starcraft II, and Heroes of the Storm.

“We are excited to launch this event with an outstanding lineup of games in a world-class city like Houston,” said Clint Overby, vice president of ESPN Events, “The esports landscape is a growing and dynamic space, and will fit nicely into our lineup of ESPN-owned events.”

Comicpalooza attendees are welcome to watch the finals. Those with the Gaming Speed Pass receive additional perks such as priority seating at the Collegiate Esports Championship, meet & greet with CEC talent, and access to a private lounge.

“We are honored ESPN has chosen Houston and Comicpalooza for their inaugural Collegiate Esports Championship,” said Michael Heckman, Comicpalooza President and Senior Vice President at Houston First. “Each year we strive to provide unique experiences for our different pop culture fandoms.”

The CEC will be streamed globally on twitch.tv/ESPNEsports.

For more information on the Collegiate Esports Championship can be found at www.espnevents.com