WARNING: Spoilers ahead. Proceed with caution. 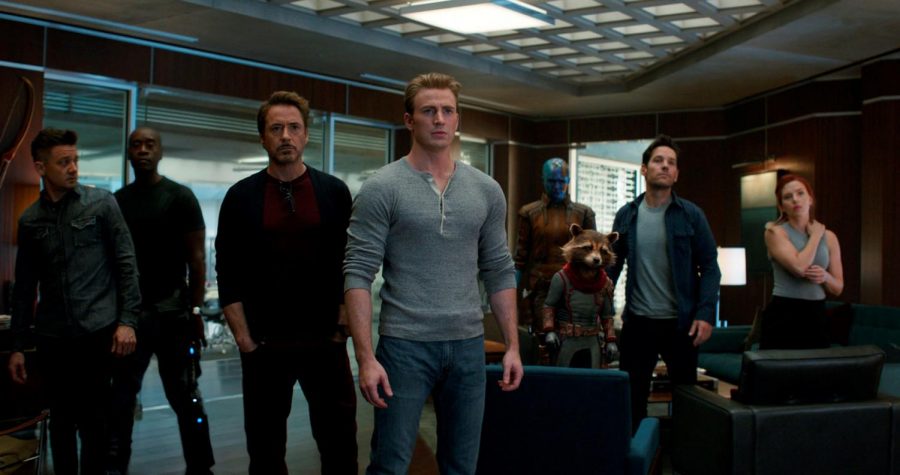 According to Forbes senior contributor Scott Mendelson, Endgame is nearing the $1.4 billion mark topping black panther. When I went to go see the movie at my local AMC and it was absolutely packed. The lines for the concession were also crowded as not even the VIP line was moving. The Ice Machines were not working and the soda machines were basically out of soda (coke, sprite, dr. pepper, and orange soda were completely out). Almost every room had Avengers on it, whether it was the standard, IMAX, or Dolby showing.

Upon entering the room, it was a little underwhelming, but about five minutes before show time the people came rolling in. there were some previews before the movie and the screen came up to turn off or silence your phones because the movie was about to begin. The lights dimmed and the theater was expecting more credits, the movie began with Hawkeye (Clint Barton) at his home barbequing and practicing his daughter’s archery skills. It came to everyone’s surprise that this was, in fact, the movie and not another trailer, as you heard some laughter and people whispering “I thought that was a trailer”.

The movie as I said before starts with Hawkeye barbequing and practicing his daughters’ archery. He looks away for a moment and his family is gone (because of Thanos’ snap). Tony Stark (Robert Downey Jr.) is stuck floating through space playing paper football with Nebula (Karen Gillan). Stark then goes over to his helmet to record his one last message, and then Captain Marvel (Brie Larson) appears and flies Tony and Nebula back to earth. What’s left of the Avengers group up with new blood Captain Marvel. As they lay Tony on a bed after he passed out, Captain Marvel tried to leave and go kill Thanos (Josh Brolin) but was stopped by the remaining Avengers because it was also their fight. Rocket (Bradley Cooper) explains that when Thanos snapped his fingers it created an electromagnetic wave that none has ever seen before, and the group makes plans to try and get the infinity stones and bring everyone back. Bruce Banner or the Hulk (Mark Ruffalo) doubts getting them back and says how do they know it’s not going to end like it did last time, Captain Marvel then replies “because you didn’t have me”. James “Rhodey” Rhodes or War Machine (Don Cheadle) questions Captain Marvel for being a hotshot and asks where has she been while they were fighting Thanos, and she replies with “there are other planets in the universe” (But shouldn’t Earth be her main priority?) 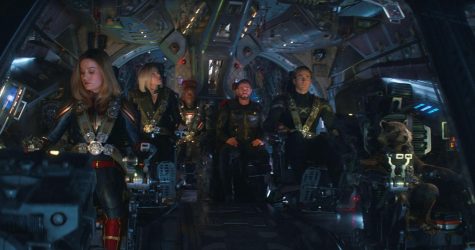 The Avengers go to Thanos’ “garden” and try to recurve the stones. Thanos then explains that once he used the stones he destroyed them. Thor then decapitates Thanos replying “I went for the head”. The team then have the idea to go back in time and grab the stones before Thanos could get a hold of them. They had some hiccups but were finally able to grab the stones. But nebula was captured by Thanos and traveled forward I time where the current Avengers are. Tony Stark makes a gauntlet in which they debate who will use it because when the gauntlet is used it eats away at the user critically injuring them which is why they were able to kill (original timeline) Thanos so quickly and hassle-free. The Hulk volunteered to use the gauntlet, then soon after Thanos destroyed the Avengers base. But the second snap did, in fact, bring everyone back. When the fight scene began it seemed as though the Avengers were outnumbered, that is until a number of dr. strange portals appeared bringing back all the fallen Avengers. The gauntlet was still intact and had all the stones so every opportunity Thanos had to get it he took it.

Thanos took control of the gauntlet and all seemed lost as he snapped his fingers again, meaning half the universes’ population would be erased again. But nothing happened, it turned out Tony Stark when fighting with Thanos, transferred the stones to his own gauntlet. Tony then snapped his fingers and erased Thanos’ army, and making Thanos himself not feel so good, as he sat on rubble with the face of defeat and turned to nothing. But defeating Thanos came at a price as Tony Stark died soon after using the gauntlet. It was time to put the stones back in their respective timelines, Captain America (Chris Evans) was the one to go. The Hulk counted to five to bring him back but the never did, not on the portal at least. Near the river sat a man, when Falcon (Anthony Mackie) went to check, it was an old Captain America. Why old? Because he decided to live that life Tony was telling him to get, and he passes the shield down to him, more than likely meaning Anthony Mackie will be the next Captain America. as the scene cuts to a young cap and Peggy Carter (Hayley Atwell) dancing to 40’s music and then cutting to credits.

This movie was very well done I personally enjoyed, coming from a DC fan. However online fans seem to think that this will be the last good Marvel film since the original cast will be leaving, and are afraid that Brie Larson will not live up to expectations. Brie Larson has recently sparked outrage in the Marvel community for her comments about middle-aged white males during her speech in Women in Films. Perhaps these are just online trolls, or they could be Marvel fans who are actually upset at the actress. But that does not take away the fact Endgame has made more than $1.2 Billion in just five days.