Houston Dynamo bows out of CONCACAF 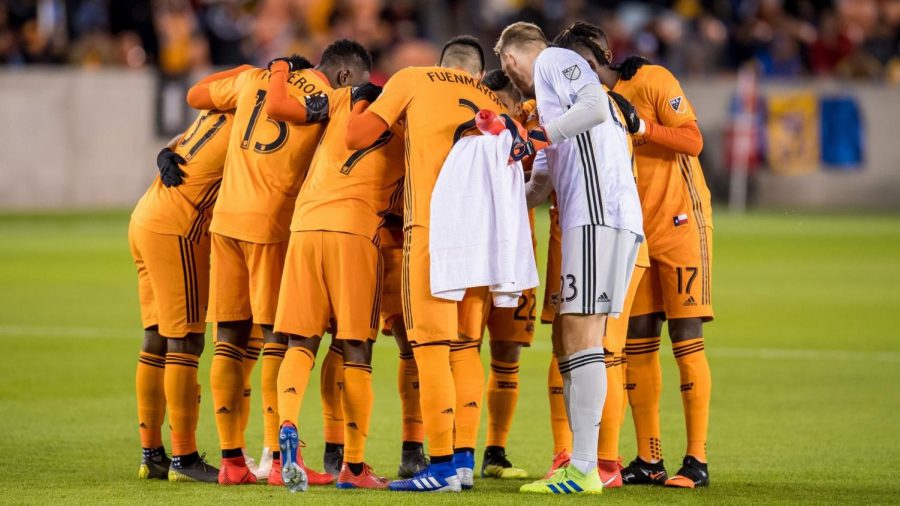 The Houston Dynamo exit the CONCACAF Champions League with a 3-0 aggregate score against Tigres of Monterrey in the quarter-finals. Houston Dynamo showed they could tactically tango with the Mexican giants but failed to take advantage of their goal scoring opportunities.

The first leg was held in Houston at BBVA Compass Stadium although at home it felt like an away game. The supporters’ colors consisted mainly of Tigres fans as you saw a wave of blue and yellow instead of orange and black. Attendance, a problem the Dynamo have been facing for a while now. It cannot be helped since Houston is a hotspot for immigrants and migrants from Monterrey so it should have come as no surprise that there would be a big turnout for the Tigres but still a poor show of support from Houston natives. Houstonians were called out on social media, one tweeting, “Houston is a bandwagon city” and that they only follow which Houston team is winning.

The Dynamo in the first half were nothing short of impressive, as the defense and midfield were solid. They held Tigres off 0-0 heading into the second half. Dynamo had some good scoring opportunities but failed to capitalize, and were scored on twice in the second half which admittingly were two good counter attacks by the Tigres. The forwards were nowhere to be found as Honduran forward Romell Quioto had a rough game. Quioto found the box a couple of times but ended in him either losing the ball to a defender, skilling past a defender and having it stole from him, or just lackluster crossing. Quioto’s strike partner Mauro Manotas was also silent as he had good chances at the goal but ended either wide or straight to the keeper. The referee blew for full time and the game ended 2-0.

The second leg needed Dynamo to score at least two goals in order for a penalty shootout to take place and three to win the game. Tigres right out of the gate were very defensive clearly trying to defend the 2-0 aggregate they already had. Again, the Dynamo had goal scoring opportunities most of which came from midfielder Thomas “Tommy” McNamara but failed to capitalize. The first half was a stalemate as it ended 0-0. The referee blew for the second half and the ball is rolling, but Tigres in the 68th minute scored what would be the Dynamo’s exit from the competition with any chance at a penalty shootout out of the picture and now would have needed three goals to win the game. With little to no time left getting three goals would be out of reach. The referee calls for full time and the Dynamo exit the Champions League with an aggregate score of 3-0.

There are some positives to take form the two legs. Dynamo showed they could go one-on-one with the big dogs as people on the Tigres side of social media were predicting a very easy win but were held off for a 3-0 aggregate instead. Dynamo still has work to do, as they now need to focus on bringing fans back into BBVA Compass, and advertising. The dream of winning a Champions League trophy is still a mile away, but this is something some Houston fans can be proud of.