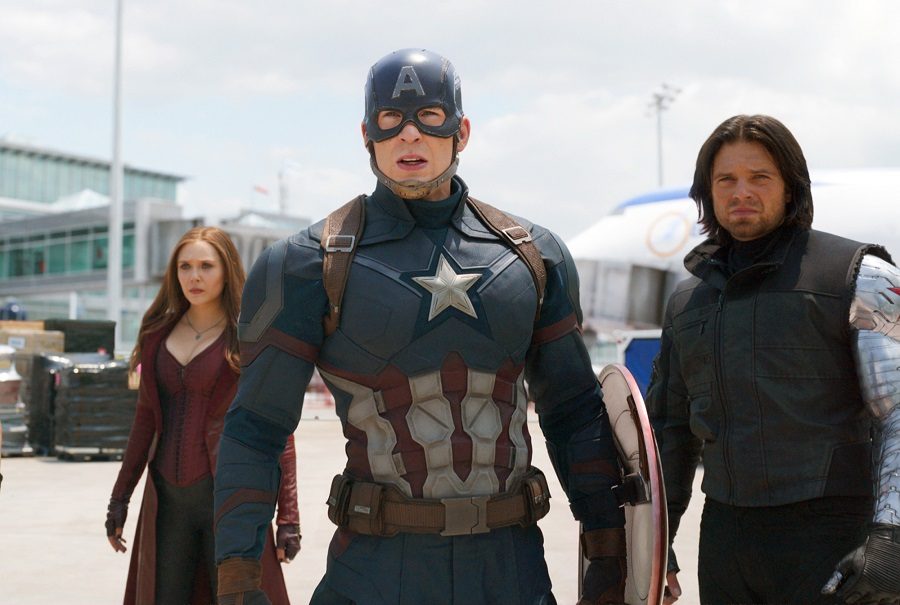 This image released by Disney shows Elizabeth Olsen, left, Chris Evans and Sebastian Stan in a scene from Marvel's "Captain America: Civil War," opening in theaters nationwide on May 6, 2016. (Disney/Marvel via AP)

“Captain America: Civil War” is preceded by “Avengers: Age of Ultron”, which was a huge box office hit. The expectations are set just as high with “Civil War,” based loosely on a comic series of the same name.

Along with other students across the country, I participated in a conference call interview with Emily VanCamp, who plays Sharon Carter. She gave us some insight on her own opinions of her character, behind the scenes secrets and more.

We first met Sharon Carter in “Captain America: Winter Soldier”, where she was working at the Joint Terror Task Force. In Civil War, her loyalty to Rogers is put to the test.

VanCamp noted, “[Captain America] is rebelling against the Accords, and she’s just sort of trying to help him and continue to keep her job…you really get a sense of her loyalty to him.”

VanCamp says that they were “planting a seed” in Winter Soldier. “Cap didn’t even know she was Sharon Carter…we find out who she is.”

She added that the trust between them is what solidifies their relationship. “We see [Carter] follower her heart rather than her head.”

VanCamp takes obvious sides in the movie, but who’s side would she choose in real life? She says that she has “such an attachment to Sharon and her loyalty to Steve… but I really see both sides.”

Nevertheless, her loyalty is unwavering. “You really do see the right and wrong of both sides. It’s a tough one…but I’d probably go Team Cap.”

“Civil War” is directed by the Russo Brothers, with whom VanCamp has worked with before. She mentioned that their “rapport” is part of what makes them such a great team to work with.

“With a movie of this scale…it’s double the power.” VanCamp says their differences and similarities as directors help: “to sort of keep this huge engine moving, it really helps to have two people, and they are both brilliant and extraordinary in their own way… it’s a win-win all around.”

“Civil War” may be one of the many Marvel films, but each one is always more unique and more thrilling than the last. “This is kind of the biggest [movie] they have done yet…that’s kind of what Marvel does. They never, ever disappoint.”

Emily VanCamp is fully aware of the impact “Civil War” will have, noting that “it’s just taking it to a whole other level.”

“Captain America: Civil War” opens in theaters on May 6.