‘Machina’ does not amze 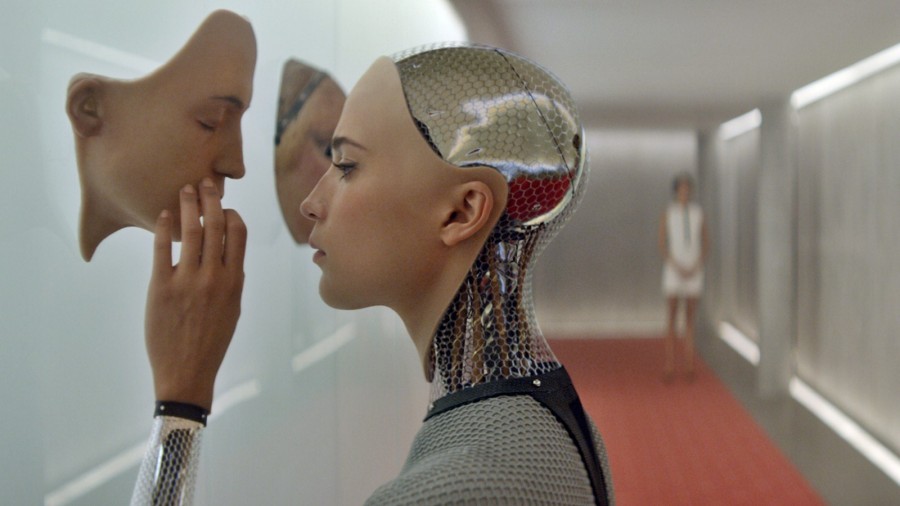 Walking out of the theater, I heard this from film critics everywhere. I tried to understand what was going on.

How can a film that’s over exposed, a little stale in the acting and full of audio issues be amazing? Am I in a temporal shift? Is there something wrong with me?

“Ex Machina” is visually stunning, slow paced and mentally exhausting. I did not like this film— but film critics around the world are raving about it. Rotten Tomatoes gives is 90 percent.

Budgeted at $16 million, it’s only brought in $6.8 million so far. The cinematography was amazing— but the picture was a bit overexposed and washed out the beautiful landscapes.

Interestingly, the film was shot with a HeroGoPro and a Sony CineAlta—relatively easy cameras to get a hold of. The direction and acting were perfect and without flaw. Ava really drew me in and made me believe her as she hooked Caleb into a scheme of survival. The film is an extraordinary study on the motivations and driving factors of “man—” to the point that it’s pretty scary.

The story is sick, scary and just downright crazy. The ending is a shocker. The film will be talked about for years — especially the psychological aspects that the film touches upon.

This is a film by Alex Garland starring Alicia Vikander, Domhnall Gleeson and Oscar Isaac. It’s about the creation of artificial intelligence. The film starts off on the wrong foot with a terrible introduction to our main character Caleb (Domhnall Gleeson).

I didn’t figure out the beginning sequence until it was explained close to the end of the film. The whole story is about testing AVA—Nathans creation of consciousness. Caleb flies to a research facility out in the middle of nowhere that no one knows about—which adds a very sick twist to the story.

For SciFi — this is a fun film to watch and think about. The special effects are pretty neat and the idea’s behind the story are amazing. As for filmmaking, I’m not so sure I’d want to watch this film again.

I’ll still stand by my opinion that the film sucks — but I’m sure that if you watch it— you’ll definitely like it.

And— look at what the film was shot with— GoPros and a Sonyt— as a filmmaker with no budget a little creativity will get you to places you’ve never dreamed of. Let’s not let something like a $100 million budget hold us back from creating art!
———
Watch Erik’s review of Ex Machina online on YouTube.